This section describes how synchronization is achieved.

Synchronization is enabled by sending state and trial information from monkeypsych to TDT (Online communication). Both state and trial information is sent through the same 8 pins, a little trick allows using the same channel for both purposes (State signal ). For combining both, we first convert TDT data to trial format (function TDT_trial_struct.m) preferentially using epocs store (Tnum and SVal) information. There is a flag in TDT_trial_struct for using the continous state information stream (stream_state_info), but it is permanently turned off, as the epoc information is already extracted from the continuous state information within the TDT circuit (see RCO ) Finally, when fitting TDT data into a trial structure, certain timing conventions have proved useful: Trial structure timing 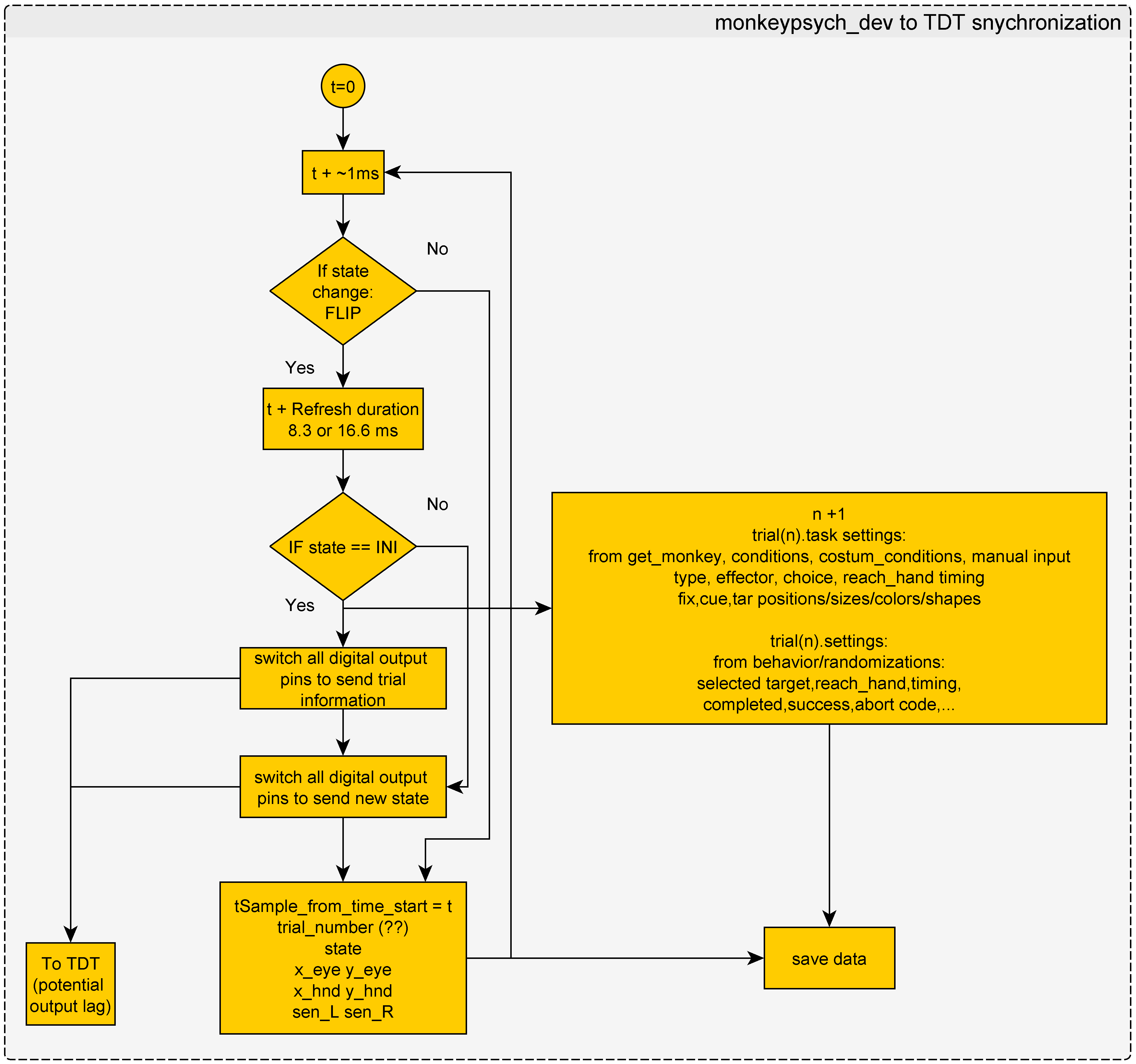 Values of 252 to 255 are preserved for indicating start of trial/state information and in-between trial information stoppers: 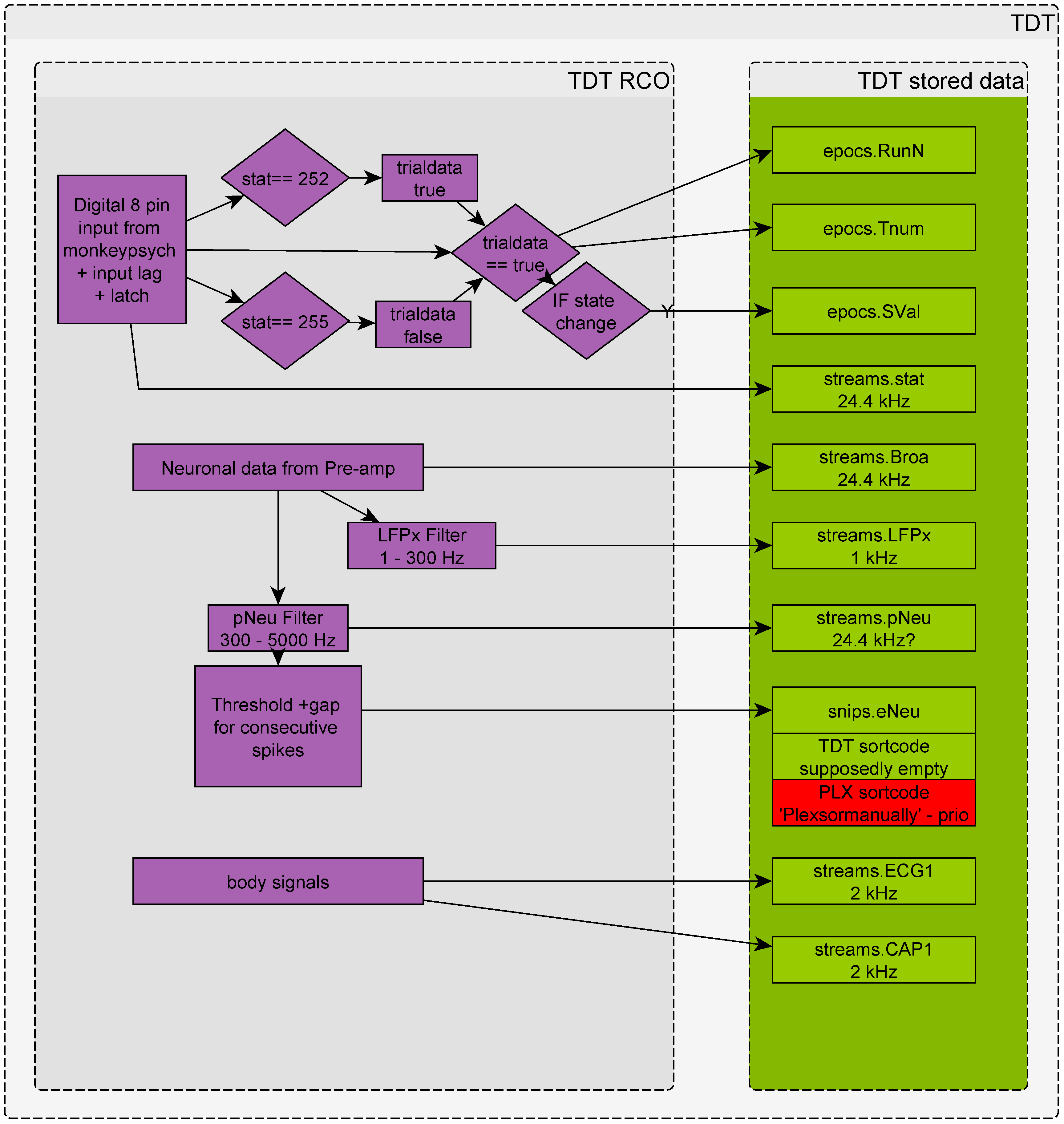 Snippet and Stream synchronization in the combined trial structure

Importantly, trial start reference is STATE 2 (fixation acquisition). Trial end is STATE 2 of the next trial.
Therefore, ITI between trial 1 and 2 as well as STATE 1 (initiation) of trial 2 are found at the end of trial 1.
This also means that data recorded before 1st trial's state 2 can not be stored in the trial structure and is saved in a separate variable (First_trial_INI) instead. Everything before first trials INI is discarded.

Except where otherwise noted, content on this wiki is licensed under the following license: CC Attribution-Share Alike 4.0 International